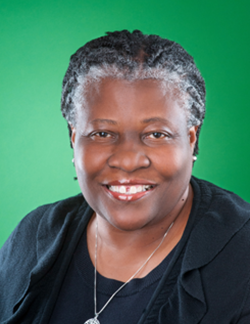 Under Mrs. Long leadership, she led BBIF through its certification as a Community Development Financial Institution (CDFI), by the US Department of the Treasury in 1994, its statewide expansion of loan services through administration of a $8.5 million loan fund in 2009, its selection as an SBA Community Advantage lender in 2011, its $93.5 million in federal New Markets Tax Credits allocation awards in 2014, 15, 16, 18 and 19, its $3.3 million in FA awards in 2014, 2017, 2018 and 2019, its creation of $12 million in NMTC loan pools for minority businesses, its opening satellite offices in Miami, Jacksonville and most recently Tampa, Florida and its selection as one of three initial CDFI’s to be nationally recognized and received a $1 million Wells Fargo Bank Diverse Community Capital grant.

BBIF Florida has provided over $69.6 million in loans to over 516 Black and minority businesses, created and sustained over 14,225 jobs all while maintaining a historical loan loss rate of less than 4 percent; invested in and leveraged over $475 million in community economic development projects. During COVID-19, BBIF processed over 900 applications and provided $14.2 million in SBA Paycheck Protection Program (PPP) loans to 450 minority businesses preserving 2333 jobs and worked with two local governments in Orlando and Miami to process over $4 million in CARES grants and loans to hundreds of small businesses.

Mrs. Long has 35 years of combined experience in the financial services industry. She began her professional career in commercial banking in Credit Management and Commercial Lending with Florida National Bank, First Union and SunTrust banks in Orlando, Florida.

Mrs. Long is married to Fitzhugh Long and they have three adult children. Hobbies include reading, yoga, baking, gardening, golf and bike riding.